Andrew Randall Cobb, architect (b at Brooklyn, NY 13 June 1876; d at Halifax 2 June 1943). After studying at Acadia, the Massachusetts Institute of Technology, and the École des beaux-arts, Paris, Cobb travelled in Italy, returning to Halifax in 1909 and establishing his practice there in 1912. 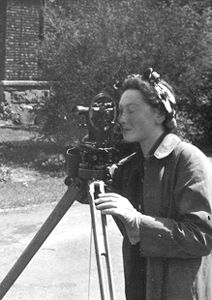 Blanche van Ginkel, née Lemco (born 14 December 1923 in London, England; died 20 October 2022 in Toronto, ON). Blanche Lemco van Ginkel was an architect and planner with van Ginkel Associates, in partnership with her husband, H.P. Daniel van Ginkel. Established in 1957, the firm was well known for its modernist design projects. Lemco van Ginkel was the first woman elected as an officer and as a fellow of the Royal Architectural Institute of Canada, and the first woman (and first Canadian) to serve as president of the Association of Collegiate Schools of Architecture. She was also dean of the School of Architecture at the University of Toronto. 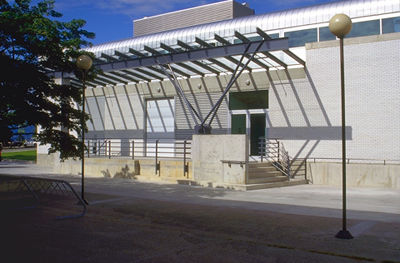 Peter Cardew, architect (born 8 June 1939 in Guildford, England; died 26 October 2020 in Vancouver, BC). Cardew immigrated to Canada in 1966 and established his own architectural firm in Vancouver in 1980. Cardew’s architectural projects received critical acclaim and he was the recipient of numerous awards during his career, including the Royal Architectural Institute of Canada’s Gold Medal in 2012. (See also Architecture.)

Bing Wing Thom, CM, architect (born 8 December 1940 in Hong Kong; died 4 October 2016 in Hong Kong). A Member of the Order of Canada and a winner of the Governor General’s Award, Bing Thom’s strong design values and holistic approach in practice made him one of Canada’s top architects.

Between Confederation (1867) and the outbreak of the First World War (1914), Canada's development from British colony to modern, largely urban, industrial and effectively self-governing nation was reflected in its architecture.