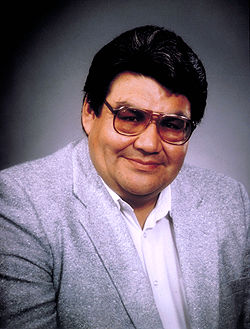 Sir William Price, lumber merchant, manufacturer (b at Talca, Chile 30 Aug 1867; d at Kenogami, Qué 2 Oct 1924). The grandson of William PRICE, young Price was educated at private schools in Québec and England before entering the family firm, Price Bros and Company, in 1886.

Thompson, Berwick, Pratt and Partners, architects, Vancouver, BC. Founded in 1908 as Sharp and Thompson by Englishmen G.L.T. Sharp and Charles J. Thompson, this firm played a major role in Vancouver and Canadian architecture through the century.

Sir Clifford Sifton, PC, KCMG, KC, lawyer, politician, businessman (born 10 March 1861 near Arva, Canada West; died 17 April 1929 in New York City, New York). Sir Clifford Sifton was one of the ablest politicians of his time. He is best known for his aggressive promotion of immigration to settle the Prairie West. Under his leadership, immigration to Canada increased significantly; from 16,835 per year in 1896 to 141,465 in 1905. A Liberal politician of considerable influence and vision, he was also a controversial figure. Sifton promoted a single education system and opposed the public funding of denominational schools, largely disregarding the concerns of French Catholics. He also showed little interest in the Indigenous peoples of the Prairies; he oversaw cuts to Indigenous education and approved Treaty 8. His brother, Arthur Lewis Sifton, was premier of Alberta from 1910 to 1917.

After working for several years in the Canadian retail industry, Brooks and her husband John opened the Unicorn in 1963 - a one-of-a-kind boutique in the heart of Toronto's shopping district. The shop featured apparel for women, housewares and unique pieces displaying Brooks' eccentric aesthetic.

In the days before business plans and vision statements, Vancouver shopkeeper Hok Yat Louie wrote, in his native Chinese, a series of letters to his sons. It was 1934 and, in failing health, he'd returned for the first time in 38 years to his birthplace in south China's Pearl River Delta.
×
Suggest an Edit