Frederick (Fred) George Sasakamoose, CM, hockey player, Elder of Ahtahkakoop Cree Nation (born 25 December 1933 at Whitefish Lake, now Big River First Nation, SK; died 24 November 2020 in Prince Albert, SK). Fred Sasakamoose was one of the first Indigenous hockey players from Canada in the National Hockey League (NHL). A former student of St. Michael’s Indian Residential School in Duck Lake, Saskatchewan, he played 11 games for the Chicago Black Hawks in the 1953–54 NHL season. After his retirement from competitive hockey in 1961, he dedicated himself to encouraging youth through sports involvement. A Member of the Order of Canada, he was inducted into the Saskatchewan First Nations Sports Hall of Fame, the Saskatchewan Sports Hall of Fame, the Saskatchewan Hockey Hall of Fame, the Prince Albert Hall of Fame and the Canadian Native Hockey Hall of Fame.

Thomas Charles Longboat (Gagwe:gih), distance runner, Olympian (born 4 July 1886 in Ohsweken, Six Nations of the Grand River; died 9 January 1949 in Ohsweken). Tom Longboat was an Onondaga distance runner from Six Nations of the Grand River. One of the most famous athletes of the early 20th century, Longboat pioneered training methods still used today. He is considered one of the first celebrity athletes in Canada, with his athletic successes known across North America and overseas. He was a leader in establishing marathon running as an international sport and won many marathons in record-breaking times, beating competitors from all over the world. Longboat was the first Indigenous person to win the Boston Marathon (1907). He competed for Canada at the 1908 Olympic Games. He was inducted into Canada’s Sports Hall of Fame and the Ontario Sports Hall of Fame. 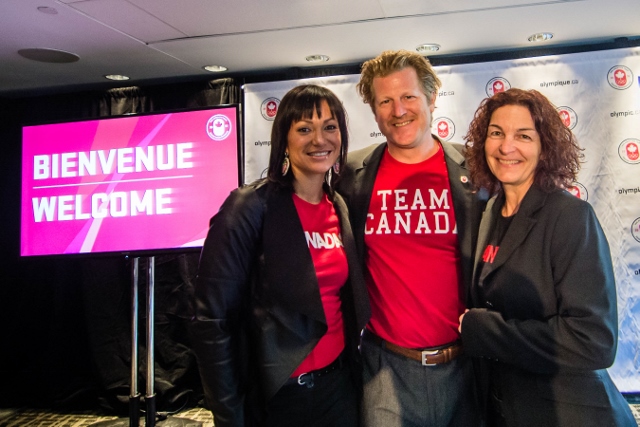 Waneek Horn-Miller, athlete, activist, broadcaster (born 30 November 1975 in Montreal, QC). Horn-Miller, a Mohawk from Kahnawake, Quebec, was co-captain of Canada’s first Olympic women’s water polo team and a gold medallist in water polo at the 1999 Pan American Games. She is a well-known activist for Indigenous rights and a prominent role model, mentor and advocate for youth involvement in sports. The Canadian Association for the Advancement of Women and Sport and Physical Activity named her one of the country’s most influential women in sport in 2015.

Michael “Pinball” Clemons, O Ont, football player, coach, motivational speaker (born 15 January 1965 in Dunedin, Florida). Michael Clemons is one of the most accomplished athletes in Canadian Football League (CFL) history and the first African American to coach in the Grey Cup. Known to many simply as “Pinball,” he is a CFL Hall of Famer and four-time Grey Cup winner with the Toronto Argonauts, earning three championships as a player (1991, 1996, 1997) and one as a head coach (2004). He is the all-time leader in total combined yards in CFL history (25,438). Clemons, a naturalized Canadian citizen, moved into an executive role in the Argonauts’ front office after retiring from coaching. He is involved with a number of charities, including the Pinball Clemons Foundation.

For one example of the remarkable range of acquaintances enjoyed by Jacques Ménard, the newly minted ex-chairman of the Montreal Expos, consider his role in the salvation of Felipe Alou.

Angela Frances Chalmers, world-class distance runner from Birdtail Sioux First Nation (born 6 September 1963 in Brandon, MB). Chalmers is one of the most accomplished Indigenous athletes in Canada. She won three gold medals in total at the Commonwealth Games in 1990 and 1994. An advocate for Indigenous issues, Chalmers has made efforts to connect with and inspire Indigenous youth from across Canada. Among many honours and awards, Chalmers was inducted into Athletics Canada Hall of Fame in 2019.

Kay MacBeth (née MacRitchie) was the last player to join the Edmonton Grads, a women’s basketball team James Naismith, inventor of the game, considered “the finest basketball team that ever stepped out on a floor.” At 95 years old, MacBeth is also the last surviving Grad, a club that played from 1915 to 1940. In those 25 years, the Grads accumulated a record that is quite possibly beyond parallel. Over the course of some 400 official outings, the Grads lost only 20 games. The Grads were both national and world champions who often defeated their opponents by lopsided scores. MacBeth played for the Grads in 1939–40. This interview has been edited for length and clarity.

Diane Helen Jones Konihowski, OC, pentathlete, administrator (born 7 March 1951 in Vancouver, BC). Diane Jones Konihowski won gold medals for Canada in women’s pentathlon at the 1975 and 1979 Pan American Games and at the 1978 Commonwealth Games in Edmonton. She was considered the gold-medal favourite for the 1980 Olympic Summer Games in Moscow, which Canada boycotted. She also served as director of the Canadian Olympic Committee and as Canada’s chef de mission at the 2000 Olympic Summer Games in Sydney. A winner of the Bobbie Rosenfeld Award as Canada’s top female athlete and an Officer of the Order of Canada, Jones Konihowski has been inducted into the Saskatchewan Sports Hall of Fame, the Alberta Sports Hall of Fame and Museum, the Canadian Olympic Hall of Fame and Canada’s Sports Hall of Fame.

Jordin John Kudluk (Thunder) Tootoo, hockey player (born 2 February, 1983 in Churchill, MB). Jordin Tootoo is the first Inuk hockey player to play in the National Hockey League (NHL). Jordin got the attention of the NHL as a tough, talented right-winger in his junior hockey days in Manitoba. In 2003, he received national attention when he played for Team Canada at the World Junior Hockey Championship. After playing 13 seasons in the NHL, he retired in 2018. He is known for speaking to youth and maintaining his Inuit culture.

Eddie Steven Phillip Shack, hockey player, TV personality (born 11 February 1937 in Sudbury, ON; died 25 July 2020 in Toronto, ON). Eddie Shack played left wing with six NHL teams over a 17-year career, and was a popular member of the Toronto Maple Leafs when they won four Stanley Cups in 1962–64 and 1967. A three-time All Star, he played more than 1,000 career games and was widely known for his entertaining style of play. His antics earned him the nickname “The Entertainer,” a persona he drew on in a second career as a TV pitchman. He is an iconic figure in Canadian hockey and the inspiration for the hit song “Clear the Track, Here Comes Shack.”

Laurent “Dr. Kill” Duvernay-Tardif, CQ, football player, doctor (born 11 February 1991 in Saint-Jean-Baptiste, QC). Laurent Duvernay-Tardif is an offensive lineman with the New York Jets of the National Football League (NFL). He was the 10th player ever drafted into the NFL from Canadian college and university football, and is the first Quebec-born football player to win a Super Bowl championship. Duvernay-Tardif is also the first active NFL player to become a doctor. He opted out of the 2020 season to work at a Montreal long-term care facility during the COVID-19 pandemic. He was made a Chevalier of the Ordre national du Québec in 2019. In 2020, he was named a Sportsperson of the Year by Sports Illustrated, as well as co-winner (with soccer player Alphonso Davies) of the Lou Marsh Trophy as Canada’s athlete of the year. Duvernay-Tardif was inducted into Canada’s Walk of Fame in 2021.

Terrance Stanley Fox, CC, Order of the Dogwood, athlete, humanitarian, cancer research activist (born 28 July 1958 in Winnipeg,  MB; died 28 June 1981 in New Westminster, BC). After losing his right leg to cancer at age 18, Terry Fox decided to run across Canada to raise awareness and money for cancer research. With the use of a customized running prothesis, he set out from St. John’s, Newfoundland, on 12 April 1980 and covered 5,373 km in 143 days — an average of 42 km (26 miles) per day. He was forced to stop his Marathon of Hope in Thunder Bay, Ontario, on 1 September 1980, when cancer had invaded his lungs. He died shortly before his 23rd birthday. The youngest person to be made a Companion of the Order of Canada, he was awarded the 1980 Lou Marsh Trophy as Canada’s athlete of the year and was named a Person of National Historic Significance by the Government of Canada. He was inducted into Canada’s Sports Hall of Fame and has had many schools, institutions and landmarks named in his honour. The annual Terry Fox Run has raised more than $800 million for cancer research. The Marathon of Hope raised $24 million by February 1981.

Mark Douglas “Moose” Messier, hockey player (born 18 January 1961 in Edmonton, AB). A talented forward who played in the National Hockey League (NHL) for 25 seasons, Mark Messier is considered one of the greatest hockey players of all time. He ranks near the top of many regular-season NHL records: third in points (1,887), eighth in goals (694), third in assists (1,193) and second in games played (1,756). He is also second all-time in playoff goals (109), playoff assists (186) and playoff points (295), and fourth overall in playoff games played (236). Famous for his leadership, he captained the Edmonton Oilers, New York Rangers and Vancouver Canucks. He also won the Hart Trophy as the NHL’s most valuable player with the Oilers in 1990 and with the Rangers in 1992. Messier won six Stanley Cups and received the Conn Smythe Trophyas playoff MVP in 1984. An Officer of the Order of Canada, he has been inducted into the Hockey Hall of Fame, the Alberta Sports Hall of Fame, Canada’s Sports Hall of Fame and Canada’s Walk of Fame. 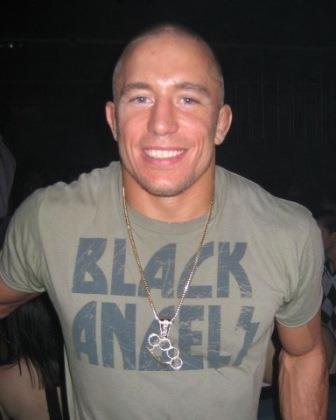 Georges St-Pierre (nicknamed GSP), mixed martial artist (born 19 May 1981 in Saint-Isidore, QC). Georges St-Pierre is considered one of the best mixed martial arts (MMA) fighters of all time. He retired from the the Ultimate Fighting Championship (UFC) with a career record of 26–2. A UFC welterweight champion from 2006 to 2007 and 2008 to 2013, St-Pierre holds the record for the most title defenses in the UFC welterweight division with nine. In 2017, he defeated Michael Bisping to win the middleweight championship, making him the fourth fighter in UFC history to win titles in multiple divisions. St-Pierre was named the 2008, 2009 and 2010 Rogers Sportsnet Canadian Athlete of the Year, the 2008 Black Belt Magazine MMA Fighter of the Year, the 2009 Sports Illustrated Fighter of the Year and the 2009 World MMA Awards Fighter of the Year.

Dr. James Naismith, physical educator, author, inventor, chaplain, physician (born 6 November 1861 in Almonte, Ontario; died 28 November 1939 in Lawrence, Kansas). James Naismith is best known as the inventor of the sport of basketball. He was also the first full-time athletics instructor at McGill University and established the basketball program at the University of Kansas in Lawrence, where he worked and lived for 41 years until his death. Naismith became the first member of the Basketball Hall of Fame in 1959. He was posthumously inducted to Canada’s Sports Hall of Fame and Canada’s Walk of Fame. In 2010, his original hand-written rules for the sport of basketball were sold at auction for $4.3 million, a sports memorabilia record.

Stephen John Nash, OC, OBC, basketball player (born 7 February 1974 in Johannesburg, South Africa). Steve Nash is widely considered the greatest Canadian basketball player of all time. He is a two-time National Basketball Association (NBA) Most Valuable Player (MVP) and the first Canadian to win the award. A point guard, Nash was an eight-time NBA all-star. He ranks third on the NBA’s all-time assists leaderboard with 10,335 and second in career free-throw percentage with 90.43 per cent. He represented Canada in international competition and led the Canadian Senior Men’s National Team to the quarter-finals of the 2000 Olympic Summer Games. Nash is a three-time winner of the Lionel Conacher Award as Canada’s best male athlete. He won the Lou Marsh Trophy as Canada’s top athlete in 2005. He is an Officer of the Order of Canada and has been inducted into the Order of British Columbia, Canada’s Walk of Fame, the Phoenix Suns Ring of Honour and the Naismith Memorial Basketball Hall of Fame. He was named to Canada’s Sports Hall of Fame on 27 May 2020 and will be formally inducted in 2021. He was named the head coach of the NBA’s Brooklyn Nets on 3 September 2020.