Historical trauma occurs when trauma caused by historical oppression is passed down through generations. For more than 100 years, the Canadian government supported residential school programs that isolated Indigenous children from their families and communities (see Residential Schools in Canada). Under the guise of educating and preparing Indigenous children for their participation in Canadian society, the federal government and other administrators of the residential school system committed what has since been described as an act of cultural genocide. As generations of students left these institutions, they returned to their home communities without the knowledge, skills or tools to cope in either world. The impacts of their institutionalization in residential school continue to be felt by subsequent generations. This is called intergenerational trauma.

In Canada, the process of reconciliation is tied to the federal government's relationship with Indigenous peoples. The term has come to describe attempts made by individuals and institutions to raise awareness about colonization and its ongoing effects on Indigenous peoples. Reconciliation also refers to efforts made to address the harms caused by various policies and programs of colonization, such as residential schools. For some, the word represents an opportunity to reflect on the past, to heal and to make right. For others, however, current gestures of reconciliation are merely performative and lack meaningful action to address the harms done by colonization.

Peter Henderson Bryce, physician, public health official (born 17 August 1853 in Mount Pleasant, Canada West; died 15 January 1932 at sea). Dr. Peter Henderson Bryce was a pioneer of public health and sanitation policy in Canada. He is most remembered for his efforts to improve the health and living conditions of Indigenous people. His Report on the Indian Schools of Manitoba and the Northwest Territories exposed the unsanitary conditions of residential schools in the Prairie provinces. It also prompted national calls for residential school reform.

Tricia E. Logan is the head of Research and Engagement at the University of British Columbia’s Residential School History and Dialogue Centre and is cross appointed as an assistant professor at the UBC School of lnformation. She is a Métis scholar with more than 20 years of experience working with Indigenous communities in Canada.

Before joining the Centre in January 2019, Tricia previously held roles at the National Centre for Truth and Reconciliation, the Canadian Museum for Human Rights, the Aboriginal Healing Foundation and the Legacy of Hope Foundation. She has a Master of Arts in Native Studies from the University of Manitoba, and completed her PhD in History at Royal Holloway, University of London. Her PhD is entitled Indian Residential Schools, Settler Colonialism and Their Narratives in Canadian History. Originally from Kakabeka Falls, ON, Tricia has worked with Survivors of residential schools, completed research on the Métis experience in residential schools and worked with Métis communities on a Michif language revitalization project.

Adolphus Egerton Ryerson, Methodist minister, educator (born 24 March 1803 in Charlotteville Township, Norfolk County, Upper Canada; died 18 February 1882 in Toronto, Ontario). Egerton Ryerson was a leading figure in education and politics in 19th century Ontario. He helped found and edit the Christian Guardian (1829) and served as president of the Methodist Church of Canada (1874–78). As superintendent of education in Canada West, Ryerson established a system of free, mandatory schooling at the primary and secondary level — the forerunner of Ontario’s current school system. He also founded the Provincial Normal School (1847), which eventually became the Ontario Institute for Studies in Education (OISE). Ryerson also served as principal of Victoria College, which he helped found in 1836 as the Upper Canada Academy. He was also, however, involved in the development of residential schools in Canada. This has led to increasing calls to rename Ryerson University (now Toronto Metropolitan University) and other institutions named in his honour.

The Truth and Reconciliation Commission of Canada (TRC) was officially launched in 2008 as part of the Indian Residential Schools Settlement Agreement (IRSSA). Intended to be a process that would guide Canadians through the difficult discovery of the facts behind the residential school system, the TRC was also meant to lay the foundation for lasting reconciliation across Canada.

Education of Indigenous Peoples in Canada

Education of Indigenous Peoples in Canada

Before contact with Europeans, Indigenous peoples educated their youth through traditional means — demonstration, group socialization, participation in cultural and spiritual rituals, skill development and oral teachings. The introduction of European classroom-style education as part of a larger goal of assimilation disrupted traditional methods and resulted in cultural trauma and dislocation. Reformers of Indigenous education policies are attempting to reintegrate traditional teachings and provide more cultural and language-based support to enhance and improve the outcomes of Indigenous children in the education system.

Chanie “Charlie” Wenjack (born 19 January 1954; died 23 October 1966 near Redditt, ON). Chanie Wenjack, an Anishinaabe boy from Ontario, ran away from his residential school near Kenora at age 12, and subsequently died from hunger and exposure to the harsh weather. His death in 1966 sparked national attention and the first inquest into the treatment of Indigenous children in Canadian residential schools.

This article was originally published in Maclean’s magazine on June 26, 2000. Partner content is not updated.

The school is gone now. But the hill where it stood is visible, down a dusty gravel road, from Lorne Pratt's grandmother's house on the George Gordon First Nation in Saskatchewan.
Churches Face Native Litigation

It was not your standard sermon. When Rev. Chris Rushton spoke from the pulpit at St. Joseph's Roman Catholic Church in downtown Ottawa three months ago, his topic was native residential schools and the role of Canada's Oblate orders in running them. 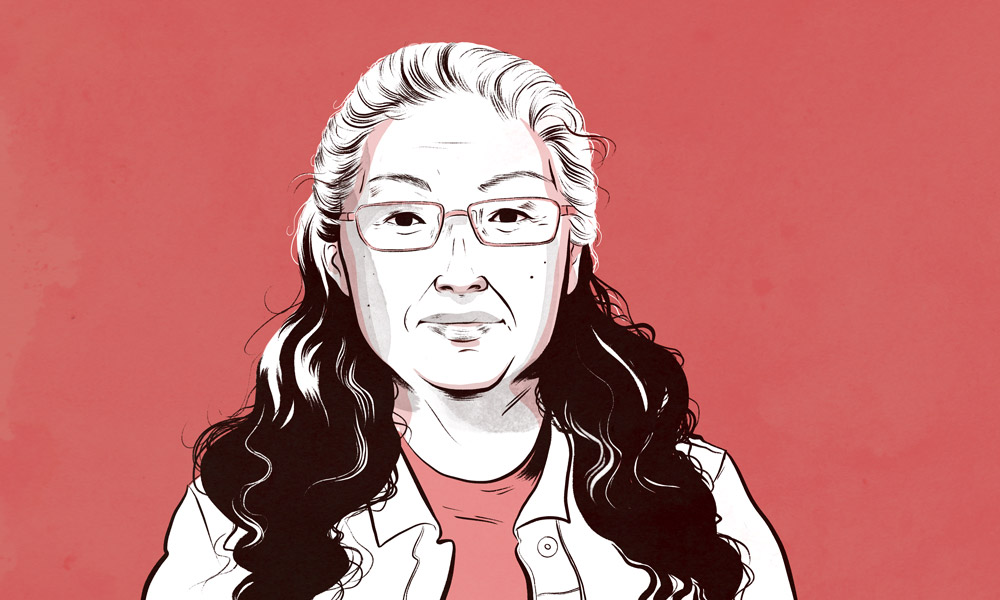 Madeleine Basile recounts the day she left for Pointe Bleue residential school and memories from the 10 years she spent there. She shares how those experiences impacted her life. She also discusses her work with other Survivors and her participation in the Truth and Reconciliation Commission of Canada’s Survivors Committee.

Mikwetc, Madeleine, for sharing your childhood experiences, talking about your healing work, and welcoming us to Domaine Notcimik.

Genocide is the intentional destruction of a particular group through killing, serious physical or mental harm, preventing births and/or forcibly transferring children to another group. The term has been applied to the experiences of Indigenous peoples in Canada, particularly in the final reports of the Truth and Reconciliation Commission (see also Residential Schools) and the Missing and Murdered Indigenous Women and Girls inquiry.

This page offers resources that pertain to topics covered in the Ontario curriculum. The list below links directly to Historica Canada’s bilingual resources. Search The Canadian Encyclopedia to find additional articles on specific topics. Please feel free download, print, and share our materials with others who may find them useful.

Larry Phillip (Phil) Fontaine, OC, OM, National Chief of AFN, activist, advisor on Indigenous relations (born 20 September 1944 in Sagkeeng First Nation on the Fort Alexander Reserve, MB). Phil Fontaine served as National Chief of the Assembly of First Nations (AFN) for an unprecedented three terms. Under his leadership the AFN negotiated both the Kelowna Accord and the Indian Residential Schools Settlement Agreement. Fontaine has received many honours and awards, including the National Aboriginal Achievement Award, the Order of Canada, and numerous honorary doctorates. In 2017, he launched Recognition2Action, a campaign to legally recognize Indigenous peoples as Founding Nations of Canada.

Wauzhushk Onigum Nation (pronounced Waa-JUSHK oh-KNEE-gum), commonly referred to as Rat Portage, is an Anishinaabe community based on the north shore of Lake of the Woods in northwestern Ontario. Wauzhushk Onigum’s primary reserve, Kenora 38B, is 22.3 km2. As of 2021, the First Nation has 802 registered members, 383 of whom live on this reserve. Wauzhushk Onigum is a member of Treaty 3, signed in 1873. The City of Kenora is 3 km northwest and is the closest service hub for the First Nation.

The Indian Act is the principal law through which the federal government administers Indian status, local First Nations governments and the management of reserve land and communal monies. The Indian Act does not include Métis or Inuit peoples. The Act came into power on 12 April 1876. It consolidated a number of earlier colonial laws that sought to control and assimilate Indigenous peoples into Euro-Canadian culture. The Indian Act has been amended many times over the years to do away with restrictive and oppressive laws. However, the Act has had historic and ongoing impacts on First Nations cultures, economies, politics and communities. It has also caused inter-generational trauma, particularly with regards to residential schools.

This page offers resources that pertain to topics covered in the Ontario curriculum. The list below links directly to Historica Canada’s bilingual resources. Search The Canadian Encyclopedia to find additional articles on specific topics. Please feel free download, print, and share our materials with others who may find them useful.

Author Lee Maracle reflects on the presentation of the summary of the report of the Truth and Reconciliation Commission by Justice Murray Sinclair on 2 June 2015.