Thank you for your submission

Our team will be reviewing your submission
and get back to you with any further questions.

Thanks for contributing to The Canadian Encyclopedia. 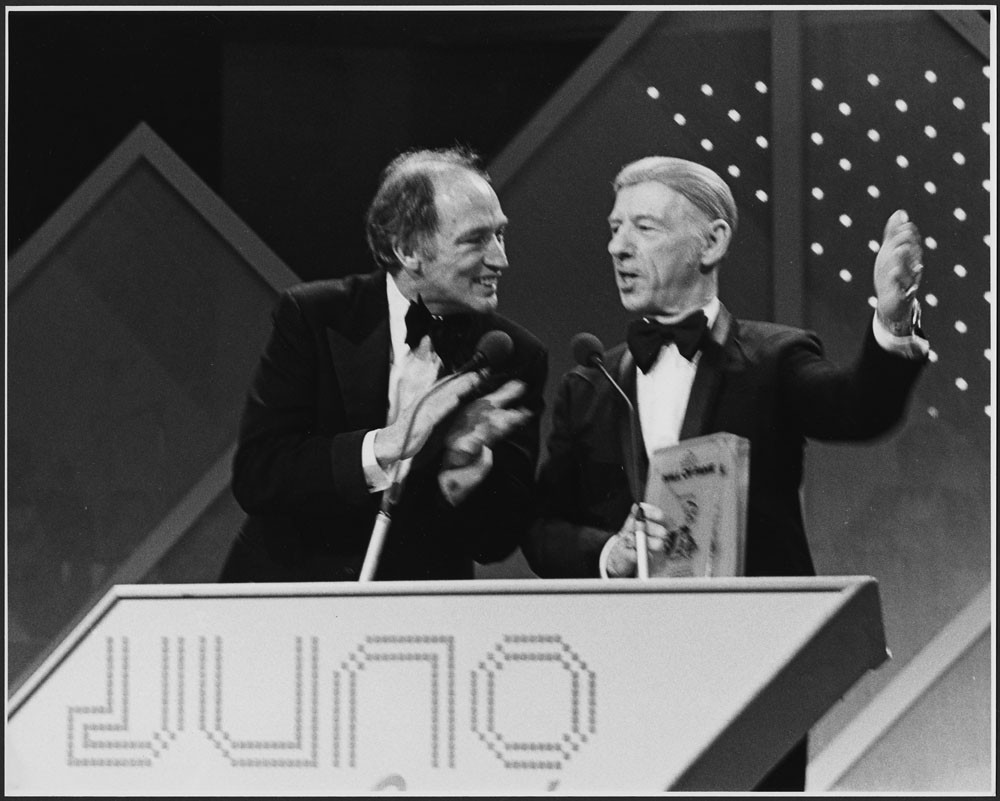 Hank (b Clarence Eugene) Snow. Singer-songwriter, guitarist, b Brooklyn, Queens County, NS, 9 May 1914, naturalized US 1958, d Nashville, Tenn, 20 Dec 1999; honorary D LITT (St. Mary's) 1994. He began playing guitar as a child. Leaving home at 12, he worked on fishing boats and trans-Atlantic ships and in the fish-processing plants of Nova Scotia. Inspired by the US country singer-yodeller Jimmie Rodgers, whom he heard first in 1930, Snow began to perform locally and made his radio debut ca 1933 on CHNS, Halifax, with the show 'Clarence Snow and His Guitar.' In 1936 he made his first recording for Victor: 'Lonesome Blue Yodel' (in the Rodgers style) and 'The Prisoned Cowboy,' both his own songs. In the next 10 years he was popular in Canada, touring widely and playing for national broadcasts on the CBC and for local programs in the Maritimes. Folios of Snow's songs were published by Thompson (Cowboy Songs by Hank the Yodelling Ranger 1942) and Canadian Music Sales. Snow, who also was known as the 'Singing Ranger,' was accompanied by the Rainbow Ranch Boys and, for some of his dozen or more 78s 1936-42 for Victor, sang with Anita Carter.

In 1946 Snow went to the USA, adopting a cowboy image and developing some popularity in the south. He returned to Canada briefly in 1947 and 1949 and then settled permanently in the USA, continuing to record for RCA Victor. In 1950, with the assistance of fellow Rodgers disciple Ernest Tubb, Snow became a regular performer at the Grand Ole Opry on WSM in Nashville. He made that city his home and appeared with the Opry for more than 40 years. In the mid-1950s he mentored Elvis Presley and was briefly associated with his manager, 'Colonel' Tom Parker. Snow also toured Korea and Vietnam, entertaining US troops.

Beginning in 1955, Snow had more than 45 LPs issued by the RCA Victor or its Camden label, including Rodgers Songs (LSP-2043) and Hank Snow Sings in Memory of Jimmie Rodgers (LSP-4306), and others of railroad songs (eg, Railroad Man, Tracks & Trains, Lonesome Whistle), Christmas songs, and sacred songs. Snow, a skilled guitarist, also recorded instrumental LPs, both under his own name and in duet with Chet Atkins. Another collaboration, Brand on My Heart (Columbia WPC-39977, issued in 1985), found Snow singing with Willie Nelson. Several collections of Snow's hits have been issued, among them The Best of Hank Snow (vol 1, LSP-3478; vol 2, LSP-4708) and The Hits of Hank Snow (vol 1, KEL1-8093; vol 2, KEL1-8098). The album This Is My Story (2-RCA LSP-6014) includes interviews with Snow and others, as well as songs. An estimated 120 Snow albums have been released overall. Some of Snow's early 78s were reissued on the LP The Old and the Great Songs (Cam CAS-836) and his recordings 1948-58 were reissued in three volumes of The Singing Ranger by the Bear Family label of Germany. Another Bear Family collection, The Thesaurus Transcriptions, comprising 138 songs on five CDs, was released in 1991. Sales of Snow's records have reached some 70 million. His contract with RCA, which ran continuously until 1981, was remarkable for having endured 45 years.